My heart broke as I watched the police officer with his knee on the back of George Floyd’s neck as he pleaded for air.  My heart was just as broken watching other police officers stand idly by.  I would like to think that if I was one of the guys in blue at that time I would have stepped in and done something.  But that is hypothetical.

But it does raise the question of response.  How should we respond to injustice and cruelty and abuse of power?  Damage police cars?  Burglarize businesses?  Set off mortars toward police officers?   How can these be right responses?  There really is no excuse for that kind of behavior, but there is an explanation.  People are angry.  Frustrated.  Afraid.  Hurt. Feeling marginalized.

The Bible from cover to cover speaks to the value of human life.  The very first chapter of Genesis highlights that we are all created in the image of God.  There is a distinctiveness from the rest of creation that resides in men and women.  Nowhere can you find in the Bible that there is a race or class of people that is an exception to this.

Furthermore, the Bible teaches that where human dignity is devalued, it is incumbent upon believers in God to defend the vulnerable.  For example, the prophet Isaiah calls out God’s people for claiming to know God yet not showing it in their actions.  “Stop doing wrong.  Learn to do right.  Seek justice, encourage the oppressed.  Defend the cause of the fatherless, plead the case of the widow” (Isaiah 1:16-17).

Whether this was a sin of commission or a sin of omission for the people of God in Isaiah’s day, what they were doing or not doing was wrong.  When image bearers are mistreated or abused, we cannot keep silent.  We should do what is in our power to help justice win.  Certainly, that means pray.  But it also means that we give no hint of indifference or suggest in any way that the one wrongly killed had it coming to him.

I do know that if that police officer would have seen the man on the ground, with his knee crushing the man’s windpipe, as an image bearer of the Creator God, then George Floyd would still be alive.  I do know if the police officers standing around had the eyes of Jesus, then one man would not have senselessly died.

How should we then respond?  Romans 12 says we are to hate what is evil.  Ephesians 4 tells us to be angry and sin not.  What those police officers did to George Floyd angers me.  How the protesters are taking out their frustration angers me.  That anger does not justify unloving tweets, posts, conversations, or memes that minimize the seriousness of the issue at hand.  Followers of Christ must condemn hate, violence, and abuse of power in every form.  But we must seek to be part of the solution and not add to the problem.

Each of us will have to decide the right response to this.  But I know that we cannot be silent. When someone is being mistreated or marginalized closer to home, we must speak up. Perhaps you can show an act of kindness to those in blue who are doing their jobs to protect and to serve.

Let this be a time when we can put the mirror up to our own hearts.  Is there any way I devalue life?  Do I see others as image bearers?  Is there any prejudice in me?  Do I treat others in the body of Christ with equal value?  For those whom I reflexively distrust and struggle to love because of their upbringing, their race, their perspectives, their opinions, their differences, do I intentionally choose to see them as Jesus sees them?

Church, there is no quick fix to this kind of hatred and indifference to human life.  But isn’t this the very reason for Jesus’ nail-scarred hands?  Didn’t He come to give His life up for the sin that divides us?  The good news of salvation through Jesus Christ is offered equally and without favoritism to all people.

How then should believers in that message respond?  “Seek justice, encourage the oppressed.  Defend the cause of the fatherless, plead the case of the widow.”

Wednesdays In The Word
Not Now…I’m Praying
Acts 12

Join Pastor Brian Wednesday evenings at 7pm.
A video will be available on Facebook, our You Tube channel and our website.

A Call to Prayer

Please join us tomorrow evening from 7:30pm-8pm at the gym parking lot for a time of prayer.
We will have another time of prayer next Wednesday 6/10 at 7pm.

As we prepare to return back to church and worship together and due to all the safety measures, we will need extra help on the Welcome Team through the end of the summer.
If you are willing to help please contact Corianne at the office: corianne@ebclaconia.com

Aspire’s Baby Bottle Blessing Campaign is under way!
We may not have a physical bottle for you to collect your money in, but you can still donate and help support this wonderful ministry! Donations by credit, debit or bank may be made online at their secure donation website: https://aspirewomenscenter.simpledonation.com/
Checks may also be mailed to Aspire at: 506 Union Ave., Laconia, NH 03246 or cash/coin dropped off at the Center, particularly if you have been saving your change over the year.
Thank you for all your support!!

We now have lights and electricity at gym in the old kitchen and storage room!
Check out the pictures below! 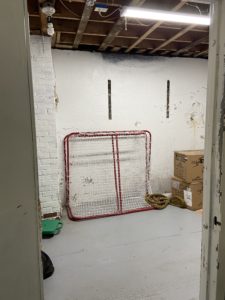 You can continue to give either online on our website www.laconiachurch.com and clicking on the green Give button or by mailing your checks to the office. 50 Washington St Laconia, NH 03246

If you have any prayer requests or needs, please email Corianne at: corianne@ebclaconia.com

Listen to EBC Podcast on: