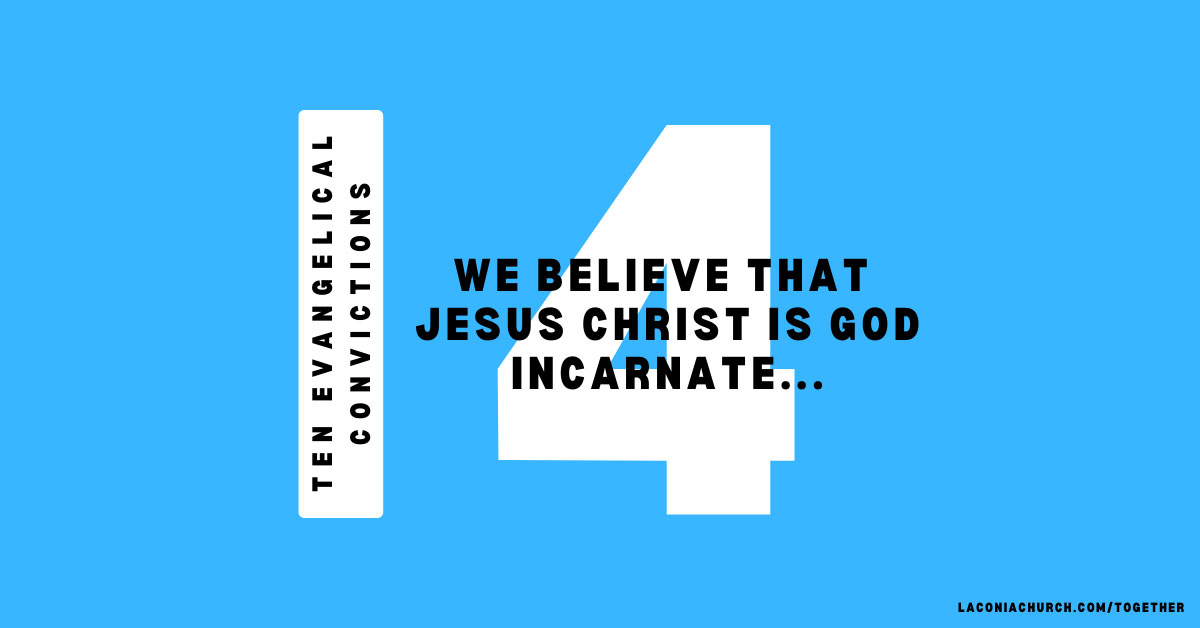 “We believe that Jesus Christ is God incarnate, fully God and fully man, one Person in two natures. Jesus—Israel’s promised Messiah—was conceived through the Holy Spirit and born of the virgin Mary. He lived a sinless life, was crucified under Pontius Pilate, arose bodily from the  dead, ascended into heaven and sits at the right hand of God the Father as our High Priest and  Advocate.”

Down!  Everything about that word and everything it touches seem so negative: downhill, downsize, downcast, downfall, breakdown, lockdown, shutdown, knockdown, and worst of all down under.  Who chooses down as a direction for life?

In Philippians 2, verse 6 in speaking of Jesus it says, “Who being in very nature God did not consider equality with God something to be grasped. But made Himself nothing.”

Everything that makes God, God, was there in the Lord Jesus.  Jesus is at the very top.  There was never a time when Jesus was not God.  Jesus was and always will be truly and totally God. The incarnation is more about addition that it is subtraction.  The moment in time when God the Spirit became man, has everything to do with what he added to His being rather than what was taken away.  Jesus at conception and as he passed through Mary’s birth canal and grew up and lived on planet earth, added humanity to His divinity.  God came down!

That passage in Philippians 2 then says, “He made Himself nothing.”  Nothing!

Jesus made Himself nothing.  Jesus chose to put aside the glories of heaven.  He chose to be a servant.  He chose to live humbly.  He chose to go down as low as anyone could possibly go by dying a criminal’s death, not for his sins, but for ours.  We will dig in some more this Sunday on our belief about the work of Jesus Christ which cannot be separate from who he is.

But I want to pull out an application for us from the passage in Philippians 2.  Do you recall the context of those words?  Do you know the reason Paul wrote of Jesus coming down and making Himself nothing?  The verses prior to those words call the church to like-mindedness, unity, and in humility to “consider others better than yourselves.”  The call is to do nothing out of selfish ambition.  “Your attitude should be the same as that of Jesus Christ.” Paul says in Philippians 2:4.

What was his attitude?  Down!  How is God calling you to take a step down?  How do you need to practice the discipline of down?  How is God calling me to “make myself nothing”?  In what situation am I to surrender my rights, my wants, my agenda for the sake of someone else; for the sake of the church?  What we believe about the person of Jesus is not some cold proposition, but transformational in how we live.

As Brennan Manning put it, “The single greatest cause of atheism in the world today is Christians who acknowledge Jesus with their lips, then walk out the door and deny Him by their lifestyles.  That is what an unbelieving world simply finds unbelievable.”

Let’s show the unbelieving world that Jesus is believable!